Children are undiscerning imitators. They copy the social environment they are exposed to by observation and assimilation. The neurons in their developing brain are being wired. Their personality is developing. Imitation serves as both a learning and a social function because new skills and knowledge are acquired Communication skills are improved by interacting with their immediate social circle.

Developmental psychologist Jean Piaget noted that children in this developmental phase he called the sensorimotor stage (a period which lasts up to the first two years of a child) begin to imitate observed actions. During this important stage of development, a child is beginning associate behaviors with actions. 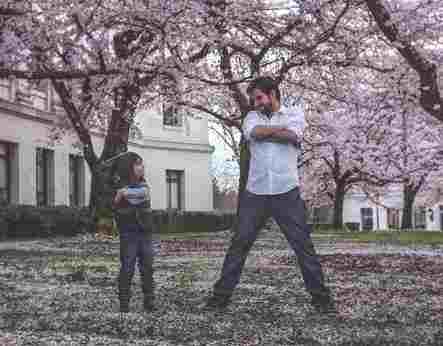 Beware Your Child Is Watching

You cannot teach your child good behavior if you as a parent behave inconsistently. They are watching your every move. A parent who does one thing but expects or demands the opposite from a child shouldn’t be surprised if their children turn out unruly. There are no bad kids, only terrible parents.

Advice From The Indian Sage Thiruvalluvar

The importance of parents being aware of their actions on their kids was highlighted by the celebrated Indian sage Thiruvalluvar. In his well-known treatise, Thirukkuṛaḷ, which is a collection of couplets on ethics and life. He has the following advice for parents which is relevant even today, though it was written sometime around 300 BCE to 7th century CE.

So parents, if your child is behaving badly, you need to do an honest self-analysis and understand how you could have contributed to this woeful state.  The delinquent teenager is usually a product of the environment he has grown up in.

Their mirror neurons have imbibed the words and actions of the significant influences in their environment. Those are usually the parents or immediate family. It is difficult to unschool a nearly grown adult. As adults raising kids, we have to be mindful of living consistently and morally.