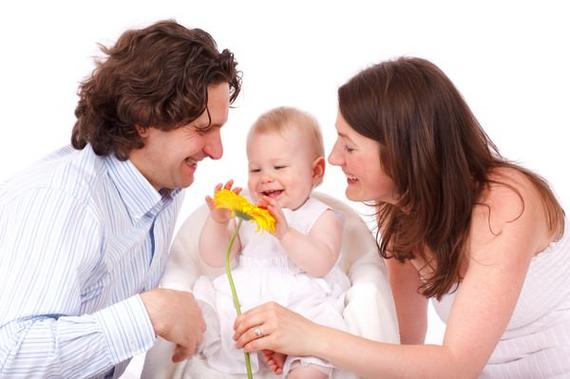 The recent so-called trend ‘unschooling’ is a misnomer. Why so? Studies have proven that maximum brain development happens by the time a child is 3 years. Most parents think that by changing schools or going in for alternate schooling will undo a child’s faulty learning or behaviour patterns. However, this is an erroneous belief.

First and foremost because a significant amount of learning in a child happens before they actually learn words to describe things, events or emotions.  Nonetheless, those learned impressions stay in the body and the brain without the benefit of language. These impressions become the hardwired beginnings of our personality and our interests. These early imprints are not easy to reverse, as our consciousness was not yet developed nor does it remember what to unwind from the tape

Children are natural born actors. Like sponges, they absorb all the environmental nuances through observation and assimilation. They learn through imitation. Kids grow up mimicking the significant people in their lives – parents, siblings, or whoever is on their immediate radar using their special neurons: mirror neurons. Your child learns through imitation – his likes, dislikes, interest or disinterest.

Both Mozart and Beethoven had fathers who were musicians.  Thus, it is not a surprise that they became famous musicians. Steve Jobs’ adopted father’s hobby was re-building cars and young Steve would always be alongside tinkering and creating things.

Psychologist Alison Gopnik her book The Scientist in the Crib: What Early Learning Tells Us About the Mind, presents evidence that babies and children are conscious of far more than we give them credit for, as they engage every sense and spend every waking moment discovering, filing away, analyzing and acting on information about how the world works.

At birth, a baby’s brain contains 100 billion neurons or brain nerve cells, these neurons before birth are the basic genetic blueprint determined by heredity. These the brain nerve cells are mostly not connected to one another.

A child’s experiences, good or bad, influence the wiring of his brain and the connection in his nervous system. Loving interactions with caring adults strongly stimulate a child’s brain, causing synapses to grow and existing connections to get stronger. Connections that are used become permanent.

However, if a child receives little stimulation early on, the synapses will not develop, and the brain will make fewer connections. The early experiences of our child are the foundation for how they learn and interact with others throughout their life. You Are Your Child’s First Teacher.

An example of critical period is the development of vision processing in the brain in the first few months of life. If the child is deprived of light and other visual stimuli, brain development for centres of sight may not happen properly.  However, the concept of sensitive period is more applicable to language, social and emotional development.

Earlier, it was thought it was essential to give language exposure to a child if language skills have to be developed. But research has shown this to be not true, nevertheless, early impoverished environment  may lead to a decreased ability to learn language skills but not zero capacity,

Research has shown that the kind of care a baby receives post birth effects its development. Warm, responsive care is good for the brain.  Babies who had received more nurturing from their mothers (or caregivers) had a thicker hippocampus than those who were not as well nurtured. A stronger hippocampus is associated with improved memory, better focus, ability to retain learning, and more.

When children are faced with physical or emotional stress or trauma, the hormone cortisol is released when the brain sends a signal from the hypothalamus to the adrenal cortex, the gland above the kidney. High levels of cortisol can cause brain cells to die, reducing the connections between the cells in certain areas of the brain.  Toxic stress can alter or impair brain circuit formation and essentially result in a small brain size in young children.

From ages 0-3 years a child’s brain is hyper-alert observing, absorbing and assimilating its surrounding. They need a calm, loving and safe environment where they feel confident to explore and experiment. They require the loving attention of parents who are responsive to them. Artificial activities like flash cards will only overburden their sensitive brain.

The famous artist and child prodigy Akiane Kramarik began drawing at the age of four. Her mother Foreli describes the childhood she gave her kids even though they were poor and had to devise their own amusements,  “Every day I would dress our children warmly and take them across the cornfields to watch the sunset over the nuclear power plant it was visible on the horizon. We spent hours counting birds in the sky and guessing which direction the steam from the plant would drift.

At home, we made a swing for Akiane, where she spent many hours rocking and napping. The boys grew monarch butterflies from cocoons they found in the meadows, wrote their own books, and turned tree branches into swords. They made wreaths from flowers or pine needles, play-dough from flour, tents from blankets, and forts from cardboard boxes or snow. The children and I made carrot pancakes and almond cookies….Almost every day we walked a few miles to the playground…Akiane liked to stay there half the day-even on chilly days-so we always packed books, blankets, and plenty of food.”

Genes provide a child with the blueprint, however a child’s environment and experiences shape and determine the development of talent and interests. And all early imprinting and learning happen when a kid is observing and assimilating. Children learn without being taught. You cannot really unwind the early years.

You cannot Unschool.  According to Harvard child psychiatrist Felton Earls “A kind of irreversibility sets in. There is this shaping process that goes on early, and then at the end of this process, be that age 2, 3 or 4, you have essentially designed a brain that probably is not going to change very much more.”

Children and Brain Development: What We Know About How Children Learn