Being hurt, humiliated and abused in childhood naturally elicits the desire to seek revenge. I am no different. However, as I heal those violent revenge fantasies have tapered off to ‘they will get divine comeuppance for treating me so meanly.’

A few days ago after watching, ‘The Good Liar, I felt the long-suppressed emotions of anger and revenge being shaken loose from repression. 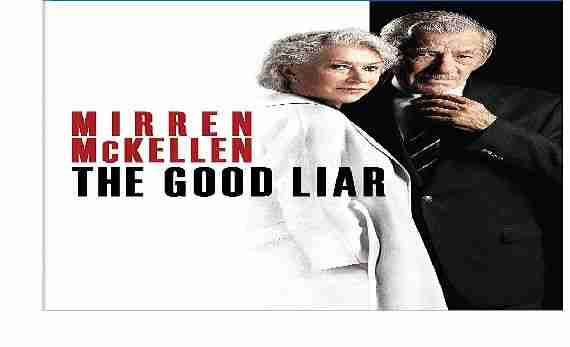 Wanting revenge for being hurt is a natural feeling

Movies have been one of my sources of therapy. They have helped me release the pain and slowly integrate pieces of my fragmented psyche.   Watching an emotional film triggers our mirror neurons and recreates within us the emotions felt by the characters we watch.

It was deeply cathartic to watch the protagonist extract revenge on her perpetrator. Unlike the usual thriller movies, this is a tale of cool, calculated retribution.  It was just the primal release I needed to move on to the next level of healing.

In the beginning, The Good Liar starts off as a seemingly usual con-movie. You are lulled into believing that this horrible, old conman Roy Courtnay (Ian McKellen) is going to swindle the naive but wealthy widow Betty McLeish (Helen Mirren). As the movie unfolds you can’t help feeling sorry for poor dear Betty as she blindly trusts this conniving crook with her money. You really feel sorry for her when she tells her devoted but suspicious grandson to back-off.

I was gripped by the fine, nuanced acting by these acting stalwarts.

And, just when you thought all is lost – this sweet, trusting lady has been duped of all her money, (Oh, it does happen in real life). the tables are turned.

Turns out Betty is one crafty crone who was playing the long game. Surprise, she was onto Roy’s con-game since the beginning. What’s more, it is she who was maneuvering the whole play.

Another twist in the plot, she has known Roy for a long long time. And she waited for the opportune time to exact revenge for Roy’s violations committed on her and her family during the war. By the end of the movie, Betty has wiped out Roy both financially and physically.

The movie perfectly exemplified the adage, revenge, is a dish best served cold. I felt I was personally indemnified by the end of the movie.  My brain moved from the angry limbic state to the cool calculating cortex. Planing my moves, how to checkmate my abusers.

Revenge is a natural response particularly in the face of injustice.  It is normal to want to protect ourselves, our property, our family, our reputations. And when someone tries to destroy that what we hold dear, our response is wanting revenge. However, in polite society, one is shamed for having such thoughts and fantasies.

I grew up with the Christian indoctrination of turning my other cheek. And this belief is what really damaged my mental health. Not protesting, continuing being the good, kind helpful girl only attracted more abuse. And it made me more and more angry and resentful.

Also, fear of retaliation,  either in the form of violence and emotional rejection stopped me from expressing my hurt and anger.

Negative feelings don’t just go away. One either internalizes the pain which manifests as depression and physical illness. (In my case, repressing negative emotions manifested as scoliosis ). Or one externalizes it by lashing out. Repressed rage and need for revenge is the main reason for most mass shootings.

I find it inadmissible that forgiveness is the key to healing. No, learning self-protection is the way to getting better. Learning to fight back and stand up to the bullies in our life is the only way to regain our lost self.

Jordan Peterson challenges us to get out of our nice person trap. We need to stop being harmless, dumbasses. As adults, we have to take back control.

Revenge Need Not Be Retaliation

Though revenge does not undo the harm, it does restore the balance of power between the victim and the transgressor.  Moreover, it is not wrong to protect oneself.  If we do not stand up and protect our space, our time, our rights we will always be fair game for predators and toxic characters.

If one is to survive in this world one needs to be aware of human evil. That there are wolves in sheep’s clothing. Furthermore, family and friends do not always mean love and care.

Getting over the pain and hurt of childhood abuse is an uphill task. It upturned our innocent belief that the world is just and people are good. Our faith is tested and we long for justice. There will be days when you are filled with anger and long for revenge. Acting on those fantasies is not possible and inadvisable. However, you can learn lessons from the past and avoid repetition in the future.

It’s important to know when to walk away from unhealthy relationships. And how critical it is to put boundaries in place to stop the cycle of harm, codependency and enabling behaviors.

Living Well Is the Best Revenge

It’s tempting to let ourselves become hardened and cold and to retaliate against anyone and anything. What is worse many a time we release this toxicity onto our innocent children.

Actively plotting revenge uses up energy that could be channelized into more productive and satisfying avenues for our growth and betterment. There is no harm in occasionally indulging schadenfreude fantasies with regard to our perpetrators. I dream of being one up on them. And I believe in God and Karma.

‘Living well is the best revenge.’

The movie ends with Betty partying with her family in her beautiful home, while the crooked conman Roy languishes alone in the hospital. He without a doubt got his just desserts.

Ah, movie therapy does work. I feel much calmer.

When to Walk Away: Finding Freedom from Toxic People  – Gary L. Thomas

HOW TO TAKE REVENGE ON A NARCISSIST: Take your power back by using the secret techniques of emotional manipulators – against them –  Leyla Loric,  Richard Grannon

Getting Past Your Past: Take Control of Your Life with Self-Help Techniques from EMDR Therapy – Francine Shapiro