Everybody these days is having a child or wants to have a child. Nothing wrong, it is a primal need to want to reproduce, the desire to have one’s own genetic copy becomes intense as we get older. Some like Bollywood director Karan Johar wanted a child as his old-age insurance. 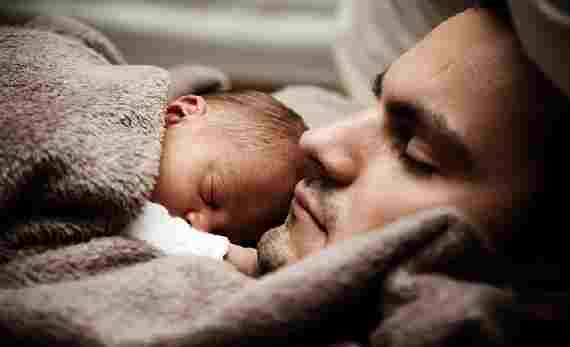 So what if one is single, a homosexual or a lesbian. The deep longing to have our own child is so overwhelming that one sometimes does not take into consideration the other factors that go into shaping a human being. Having a child is one thing but raising a mentally healthy person is not that easy.  Lots of factors go into play.

The most important factor that sets the stage for a child’s emotional development is a secure attachment.  This happens when a child is constantly held, cuddled and carried on demand. In-arms deprivation is a term coined by Jean Liedloff to characterize the effects of a very specific unmet need, the need to be carried in arms, to be held all the time in the first six months of life.

Is it possible for a man to sit holding a baby for an extended period even if it is his own? Can he offer the tender soothing care of a woman, most of all can one ignore the physical and psychological benefits of breastfeeding. Frankly, does Elton John seriously think that by allowing his husband, David Furnish, to be named as the ‘mother’ of their sons on their birth certificates will turn him into a soft cuddly mummy to whom his children will run to when they need soothing?

Noted child development psychologist Dr.Diane Benoit has this to say about secure attachment: “During the first six months of life, promptly picking up a baby who is crying is associated with four major outcomes by the end of the first year of life. First, the baby cries less. Second, the baby has learned to self-soothe. Third, if the baby needs the caregiver to soothe him/her, the baby will respond more promptly. And finally, the caregiver who responded promptly and warmly most of the time (not all the time; nobody can respond ideally all of the time) to the baby’s cries, will have created secure, organized attachment with all of the associated benefits.”

Mothers, And Other Attachment Surrogates

Socio-economic status has nothing to do with the ability to establish successful attachment relationships. Besides physical and emotional neglect or abuse, separation and changes in the primary caregiver can lead to attachment disorders. Unless single fathers have family pitching in to help bring up the baby the possibility of attachment issues are bound to crop up. Nannies have a life of their own and may want to up and leave for their own personal reasons. Then what happens to the baby.

Attuned care in the first years of life is critical for optimal brain and body development, for intellectual, social and emotional intelligence. Allan Schore stresses the role of the attachment processes in the infant-caregiver interactions in determining the “neurological bridge” between emotion and reason built as the infant develops

The core of one’s mental health is the strong bond between a child and its caregiver in the first 2 years of its life. The reason why today many kids and adults suffer anxiety and irrational dependency is because of this unmet need from infancy.

Alternatively, some turn out to be detached and emotionally cold, incapable of feeling any love and incapable of giving love. The worst case scenario is the sociopaths who are devoid of even basic empathy and will destroy another human being without any valid reason.

John Bowlby was the first psychologist who started an extensive study on attachment. Bowlby’s evolutionary theory of attachment suggests that children come into the world biologically pre-programmed to form attachments with others because this will help them to survive. Four basic characteristics that basically give us a clear view of what attachment really is. They include a safe and secure base, proximity maintenance, and separation distress.

What if these attachment needs were not met by the primary caregiver who in most cases is the mother. Are gay parents aware and equipped to meet the needs of tiny helpless babies? Their constant need for comfort and nourishment. I doubt it.  Wisely they should invest in good surrogate after birth mothering. Or have women in the family to help out. Without “good enough caring”  the child could end up having severe attachment issues.

In her blog, Katy Brou calls it The Silent Epidemic of Attachment Disorder “Science has only recently demonstrated that unless kids are given deep emotional connection from birth by parents or others, infant neurological systems just don’t develop well.  The infant brain literally requires programming by an adult’s eyes and facial expressions to begin to program its own neurons.”

Attachment Disorder often involves “developmental” injury to the brain. This usually happens during the pre-verbal stage which makes it harder to pinpoint. Those affected don’t know what is wrong with them. They walk around all their lives feeling hyper-sensitive to feelings. A lot of the damage that infants undergo is not through human evil. It is through sheer ignorance of timing and development needs.

What Matters Is Parent-Child Relationship

Research has shown that the sexual orientation of a child’s parents does not affect their development. However, the quality of the parent and child relationship is what really shapes their mental health. However, kids of gay parents often face discrimination, teasing and bullying. Being the kid of a celebrity parent is definitely not easy. More so if that parent is a homosexual and you don’t know who your mother is.

All kids want to know about their origins. There are numerous instances when adopted kids have gone to great lengths to find out who their parents are.

So can it be any different for kids born of surrogate mothers? How does it affect a person to know that you were just a business proposition? And who exactly is your mother? Did she care for you? Or was there no feeling involved?

Can one forget the tragedy of Michael Jackson’s children? His kids have to live with the constant media intrusion about their origins which must be very tough emotionally.