We survivors of childhood trauma have been programmed to take on the shit of the family. To survive we have to totally annihilate our needs, feelings, and dreams. Our life is not our own but meant to placate and accommodate the wishes of our dysfunctional family.

Our developing core self gets stunted or maybe even annihilated, We never got a chance to become self-differentiated and become a truly autonomous and authentic human being. 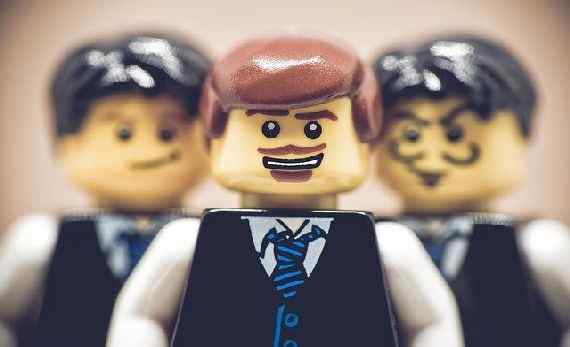 We grow up living deeply fused lives, enmeshed in the dysfunction and drama we have to cope with. It seems as though your self is not your own but controlled by your relationships.

At birth we have no sense of self, gradually a child’s brain develops in relation to his primary caregivers How one is is responded to has far-reaching consequences on the development of our core self. This continues right into adulthood.

Nonetheless, if when a child you grew up in a physically, emotionally or sexually abusive environment you develop a false core belief system – a codependent one. I am responsible and my needs don’t matter.

This childhood blueprint carries on even in adulthood. Furthermore, all our relationships are marred by this early program – I don’t matter.

Later on, in adulthood, our poor differentiation of self makes us sitting ducks for further manipulation and abuse. A childhood of caretaking of the dysfunctional adults messes our belief systems. Believing our life’s mission is to fix and support other people. Or that disagreement means rejection and violence. Sometimes, we think being overtly helpful is the only way to be loved and accepted.

We are controlled by varying degrees of fusion and enmeshment. We have porous boundaries and are confused about where we end and others begin.

Taking on other people’s shit in childhood may have helped us survive but in adulthood, it is the road to unhappiness. We end up feeling resentful and anxious which in turn affects both our mental and physical health.

What Is Differentiation of Self?

Differentiation of self refers to your ability to separate your own intellectual and emotional functioning – your reactions from that of others. In short, it’s the ability to think cognitively about a situation and respond with maturity.

American psychiatrist, Murray Bowen developed the family systems theory. According to his theory, the family functions as a system wherein each member plays a specific role and must follow certain rules. There are 8 principles of family systems and these eventually play out in all our other relationships – whether partner, colleague, friend, child, etc.

What roles we played in our family of origin we eventually re-enact in all our later human connections.

“Fusion or lack of Self -differentiation’ happens in abusive families Children are expected to appease, please and accommodate their caregivers’ demands/needs. Additionally, they have to take on adult roles and fill the lacuna left by negligent and uncaring parents.

Parentification is the root cause of adult codependency. We literally carry this misplaced responsibility on our backs.

Our self-worth/esteem is fused with what people think of us. We take on roles and behave in ways that will bring us approval, acceptance, and accolades. Our sense of self is defined by others and we feel fearful, ashamed and anxious to go against the expectations of those around us.  We believe what we were programmed to believe, which in turn influences our behavior and actions.

My own belief system got totally messed up. Having a dying mother at age 9 meant giving up my own needs to take care of her. Her subsequent death 2 years later reinforced the belief system that I am responsible for alleviating the suffering of the world. Furthermore, my Christian upbringing hardwired my brain into being over-empathetic to everyone’s needs and feelings.

Thus, I developed that critical inner voice of not being good enough unless…

I am responsible, I take care,  I fix them, I have to be helpful,  I disregard my own needs, etc.

Unfortunately, this lack of positive inner voice leads us to take on responsibilities that are not ours and allow us to be manipulated and used. We end up feeling resentful and angry and our lives become one chaotic confusion. What to do or not do? Whether I will be liked or not liked? Wanting to say ‘No‘ but am afraid of rejection. We are racked with anxiety unable to live our lives to the fullest.

Defining Self – Losing That Inner Critic

Becoming your own true, authentic person is a long, difficult road. Moreso, if you come from an abusive family. And if like me, you escaped from your toxic family of origin to similar soul-destroying relationships finding yourself out of this quagmire, is truly a hero’s journey.

But one can start with small baby steps – first is to start listening to your heart and gut – what makes you feel good. You come first (unless you have little kids). The most important question you will have to keep asking yourself,- Do I want to do this? Ignore that controlling inner critic (which is not you) that tries to instill fear, shame, or guilt.

When our actions are on the basis of what we think rather than what other people think we start the process of defining self or declaring self.

This is who I am.

Taking Back Our Power Through Neuroplasticity

You Are Not Your Brain, your mind controls your brain. When we make a conscious choice to not mindlessly follow the early program we start taking our power back. Every small change in behavior/ response to a challenging situation is an act of self–directed neuroplasticity.

Moreover, as an adult, unless you have a gun to your head you have a choice. How do you respond? Do you minimize, tolerate and accept dysfunctional behavior. Are you afraid to stand up for yourself? Do you say Yes when you want to say No?  Does your significant other demand blind obedience? Do your kids consistently ignore your requests?

Taking on other people’s responsibilities is akin to taking on people’s negative energy. All through my childhood, I naively accepted other people’s dictates of how I am supposed to behave. I mistakenly thought being good meant being a doormat. All my adult relationships have been severely codependent. Always people-pleasing and trying to appease.  I’d feel bad about other people feeling bad. Not that most people really gave a damn about my feelings.

The crucial step in becoming self-differentiated is developing response flexibility – the capacity to stop, hold the experience, whatever it is (regulate the body arousal and emotional waves triggered by it), step back (which may require lots of practice dis-entangling.  It means staying within your window of tolerance – overriding your earlier programs of shame, guilt, fear, etc.

The first step is to take a deep breath which immediately calms down the nervous system. Once back in your window of tolerance, use your cognitive brain to evaluate the situation. Do I need to get involved? How does this affect me?

Human freedom involves our capacity to pause between stimulus and response and, in that pause, to choose the one response. The act of choosing our response is the step towards self-determination.  We can change our earlier, faulty paradigms of being good means being a doormat or taking on responsibilities that are not mine.

You have a right to protect your interests, you are not being selfish.

Remember ‘neurons that fire together wire together.” The more we repeat a thought/action/ behavior the more you run a neural-circuit in your brain, the stronger that circuit becomes.  Neurobiologist Carla Shatz, director of Stanford University states that this “firing and wiring together” process – whether it’s instinctual or repetitively activated – causes the brain to form embedded “brain maps”.

At first, it may be difficult to say ‘No’ you will feel overwhelmed by anxiety and guilt.

I remember when a friend who had not really bothered to stay connected, out of the blue asked for a favor. Part of me was irritated but also at that time I was dealing with my own issues. I said ‘No, I couldn’t help. Initially,  I was wracked with feelings of guilt and had to override the feeling that I am not a ‘good person’ and that I would not be liked.

What I have found very helpful is listening to youtube videos,  Staying calm when being yourself or Overcoming De-Selfing and Choosing Self Love are two of the many available.

It’s all about changing how you think. Use technology to change our thinking, overwrite those critical voices of your parents/family. Changing our old belief system helps rewire our brain.

Nonetheless, becoming self-differentiated is a life-long process.  We have to build our own self-confidence so as not to be swayed by other people’s drama. Practise boundary setting in all your relationships.

Remember, there is a thin line between empathy and being an enabler. Know where you end and others begin. Be supportive but don’t become a doormat. Saying No or maintaining boundaries is not easy, particularly if you grew up with dominating, coercive, rejecting, and neglectful homes.

Stop over-functioning, being always ready to take on burdens and responsibilities. Stop putting other people first. We are here to live our best lives so don’t let other people’s shit get in your way.

The Dance of Fear: Rising Above Anxiety, Fear, and Shame to Be Your Best and Bravest Self – Harriet Lerner

Bouncing Back: Rewiring Your Brain for Maximum Resilience and Well-Being – Linda Graham

The Self Under Siege: A Therapeutic Model for Differentiation – Robert W. Firestone

Thank you for writing this. It’s the most straight forward article I’ve read on the subject.

Thank you, Suneva, so glad you found my article helpful.