I had to be responsible and act mature by the time I was 9 years old. My mother was dying and I had to chip in, being the girl in the family.  I had to cook, shop for food, clean, feed my mom, clean her potty, etc. I had to grow up real fast emotionally. 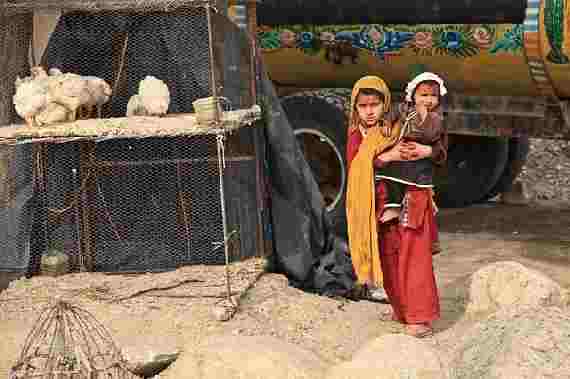 Parentification robs a child of their childhood

By the time my mother died when I was 11 years, I was a mature child-woman. My father being a nut-case erroneously believed now that my mother was not around I automatically became an adult.

And shockingly, quite a few members of the family too thought that I have to be the woman of the house now with my mother gone. At 11, I became the unglorified, parentified child.

In most cases, the eldest child or the most emotionally or physically mature child among a group of siblings is often the one who is parentified. In some cases, a child of the opposite sex is chosen to meet the emotional and physical needs of the parent and assume the role of a “surrogate spouse”.

Parentification a Form of Child Abuse

Being parentified as a child is a form of child abuse. Wherein a child inappropriately becomes the caregiver. She has to meet the emotional or physical needs of the parent. In my case, besides my father, I was the confidant and helper of my grandmother and other family members.

Children being anxious to please their parents, initially feel honored to be in the adult club.  However, it gradually dawns on you that no one gives a shit about your own emotional and physical needs. The cunning adults have dumped their responsibilities on you while they bask in the delusion of their efficacy.

When the realization hits you that you are just a piece of rag to them, the rage and betrayal are overwhelming. Parentified children usually struggle with lingering resentment, explosive anger. As adults, they find it difficult in forming trusting relationships with peers, colleagues, and partners.

Parentification can be of two specific types (though they may occur simultaneously). These are Physical Parentification (or Instrumental Parentification) when a child is given the responsibility of looking after the physical needs of the parent and/or the other siblings. This can include duties such as cooking, cleaning, grocery shopping, paying bills, managing the household budget, getting kids ready for school, supervising homework, dispensing medications, etc.

Emotional Parentification is when a child is given the responsibility of looking after the emotional and psychological needs of the parent and/or the other siblings.

Of the two emotional parentification is especially damaging when the massive responsibility the child is taking on goes unacknowledged or is minimized and the child receives no support for what s/he is doing.

This can include the case where the adults confide in the child, discuss their problems and their issues, and use the child as a surrogate for a spouse or a therapist. This kind of emotional parentification is sometimes referred to as “emotional incest”

At first, I was proud to be so independent and responsible. But gradually, I realized that I was just being used without being compensated for my help and assistance. Being sensitive, compassionate, and vulnerable I automatically became the sitting duck for exploitation.

At first, I tried to become the unrelenting people pleaser, ready to jump to assist. Gradually, it dawned on me I was merely the doormat for people to wipe their mucky problems.

During my formative years from 11 to 14 years, I was the confidant, therapist, and caretaker for all the shamsters in my life. The adults who were supposed to be role models, helpers, and parent figures expected me to be their crutch.

Dealing With Exploitation And Abuse

My nutcase father not only expected me to do the housework but also listen to his nonsense talk like my mother used to. Plus at every party, I was supposed to go and help the women in the kitchen in place of my mother. I hate parties to this day.

Then there was my maternal grandmother, the epitome of goodness. Always ready to assist. But when one of her career-driven daughters-in-law threatened divorce, my grandmother expected me to help out. I became the unpaid babysitter of two insecurely, clingy cousins. Till today I can’t stand taking care of other people’s kids.

Then there was this woman married to my mother’s brother. She was one great deceitful hoax. In front of my mother’s body, she had promised ‘Think of me as your mother.” And then shamelessly, every second weekend she would come to my home and tell my father that she is taking me for the weekend.

The first time I was so excited to be away from my shitty home. Then the reality of her intentions became apparent. She would plan an extensive work schedule for me, while her kids would be out playing. Being a girl I was supposed to be responsible.

Further, once work was done, I was given the honor of listening to her barrage against her husband. How she would have left him long back. I was her unpaid therapist too. What I did not realize at that time she was a bloody coward. She did not have the guts to go against her Roman Catholic roots. I hated the b***h for a really long time.

Then there was the alcoholic uncle, who would run away from the hospital where he was being treated. And I was expected to coax him to return to the hospital since he was fond of me.

Looking back it was all too much of a burden for me to carry literally. I was overwhelmed with resentment, that I had to repress.

Distorted Sense Of Self

Growing up in this dysfunctional scenario distorted my sense of self – that I had a right to my needs. And, the adults were wrong in foisting tasks onto me.  However, a child does not understand the cunningness and deceit of adults.

Moreover, since childhood, I was indoctrinated into being the good Christian girl who wants to go to heaven. And, I believed I must be of service at the expense of my own feelings.  Also, I mistakenly thought if I sacrificed myself I would be loved and appreciated.

A parentified child grows lopsidedly, taking an outsized sense of responsibility at the expense of their other developmental needs. Studies have shown that children who go through abuse suffer from stunted development.

When the body undergoes a stressful situation, the stress hormone cortisol is released. Cortisol helps the body prepare for stressful and dangerous situations. Unfortunately, cortisol inhibits the secretion of growth hormone from the pituitary gland in the brain. This could lead to stunted and lopsided growth.

Confusion Over My Needs

As a parentified child, I missed out on the joy of being a teen, exploring and figuring out who I truly was. I was stuck in that role of being the good girl despite being abused physically, emotionally, and sexually. Being responsible had become encoded in my DNA.

I did not know how to stand up for myself or instill boundaries. I’d feel guilty and stressed to say ‘No’ to anyone or anything. I felt responsible.

The burden of being parentified was akin to carrying a heavy load on my back that I could not put down. This could have been another likely reason why I developed scoliosis.

Awareness,  The Key To Healing

Healing has meant becoming aware of the dynamics of my family of origin. I’ve stopped taking on responsibilities that are damaging to my well-being.  I have had to learn the art of unhooking from the compulsive caregiver mode. By stopping being nice all the time, putting up boundaries, and learning to say “NO‘.

Today, the emotional burden of being responsible for everyone has been mitigated. And, my back is no longer crushed under the weight of inappropriate obligations. Healing my scoliosis has literally meant getting everyone off my back.

Why Do I Put Others First? Adults Who Grew Up As Parentified Children And Their Emotional Neglect

Parentification: A Closer Look At The Harmful Effects

Your child is not your confidant

When Kids Have to Act Like Parents, It Affects Them for Life

I was parentified myself so I understand where you’re coming from. My family was totally dysfunctional as well and like you I even developed scoliosis. Like you, I have a hard time saying no and I feel responsible for everyone.

I completely understand your anger. But it sounds like you are still angry now and haven’t let things go. It’s really hard to forgive these people in your life, but it’s so necessary for yourself. Excessive anger, especially unexpressed anger, often leads to liver/gallbladder problems as well as thyroid/throat issues (can’t speak). As you’ve already figured out, it internalizes physically.

I suggest Dr. Enright’s book on forgiveness therapy. I did that myself before I found his book but I’ve found it helpful for others with high ACES. I have a score of 9. Sounds like you’re about the same or higher. I think that this will help you a lot. I hope it does.

The way I’ve come to see it is that we’re all servants. We’ve all come to be servants to someone on this Earth, no matter our position in life. From janitor to CEO to president or king. But we’re supposed to be servants to each other in a good way. Even after my experiences I teach my children to serve others first. It’s part of being a good human, not just a good Christian human. But I also discuss healthy boundaries and when they should put their own needs first. It’s important that our children feel like we’ve got everything under control so they feel safe and it’s just as important that they express their needs. It sounds like that might still be hard for you as well.

I hope you find full and complete healing. It sounds like you’re close from what I read here.

Thank you, Gabrielle, for taking the time to share your experiences. I did have lots of bottled rage but now it has slowly dissipated. As a mother, I have been very upfront about tackling any form of abuse when it came to my child and made it very clear that turning the other cheek is utter bullshit. Our children have to learn skills in dealing with evil in this world. Forgiveness comes only when the perpetuators acknowledge their wrongdoings and atone for their transgressions or else we condone wickedness. I believe in ‘Letting go’ of the cords of attachment, my family feels like strangers who I happened to have the misfortune to grow up with. The painful charge of the past has been released. How is your scoliosis? Did you have surgery?