In my earlier posts, I have mentioned how suppressing my needs and feelings were the reasons for developing scoliosis. After my mother died, I had to become responsible. The woman of the house.  At age 11, I had to take on adult responsibilities. Instead of being supported, guided and loved,

Caretaking and being useful became my normal. This got programmed in my nervous system.  I was trapped in this freeze-fawn stress response. 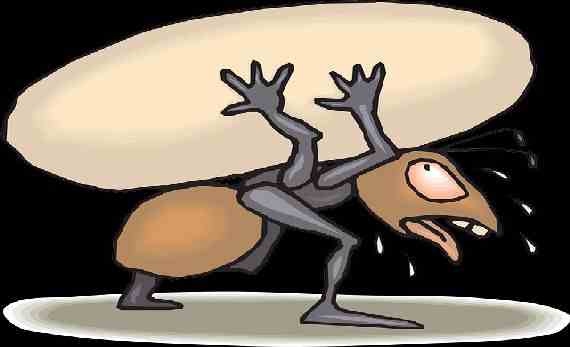 Healing scoliosis entails releasing the burden of responsibility from your back

My core belief became ‘I was responsible’. I believed that it was my job to be the cook, waiter, cleaner, helper, therapist, garbage remover, etc. Whatever was needed I must do, despite having my own problems. I have to help or else I am not a ‘Good Christian’ and I am a bad person.

Being parentified stunts one’s growth emotionally and physically. I literally, took on these burdens on my back –scoliosis was the result. Psychosomatic therapist John Sarno states that trauma is represented in our body at its weakest point.

Taking On The Burden

Being useful was the identity that got me the connection/attention I desperately craved.  However, it meant totally suppressing my own needs and taking on everyone else’s shit. That too, without pay or praise.

After all, my child’s mind reasoned that if someone was talking about their problems then maybe they were suffering more than me. Moreover, it is human nature to choose convenience over inconvenience.  And I was the convenient scapegoat.

No one thought that here was the child who had just lost her mother and needs help,  let us cut her some slack.

My father expected me to always be helping in the kitchen even though there was a maid. While my grandmother was one mood disordered character whose ego needed constant adulation. Despite my best efforts, I was blamed. From food not cooked to my father’s liking to being responsible for my uncle’s lust.

Unfortunately, what happens in childhood does not stay in childhood. You carry on with the same responsive patterns even though our realities may have changed. Like a robot, you re-enact your learned responses even though you may not have to. You are identified as the helpful one and thus get saddled with the “Mother Theresa Badge.’

Truth is once you become someone’s counselor it feels rude and uncomfortable to renounce that role. You fear rejection and feel guilty and the other party feels betrayed. Thus you have to keep on carrying the weight of other’s troubles even though you may resent it.

You become the compliant beast of burden. The codependent scapegoat.

Being parentified as a child invariably leads to adult codependency issues. One has been groomed and programmed to put everyone else first. Your needs and feelings are not important.

And having scoliosis further made me feel unworthy – you further suppress your needs, even more, to become acceptable. And your body follows your emotional mindset. Bending in subservience.

I remember wishing a cousin success in her career, even though neither she nor her parents ever bothered to acknowledge my caring for her when she was a kid. In fact, she had become rather snooty towards me now that she was doing well. I ignored their disdain. Because I believed that I was unworthy of being treated with kindness or respect. Having a crooked added to my low self-esteem, I was not good enough.

More Negative Emotions & My Back

Unfortunately, this pattern of excessive responsibility I carried into all my adult relationships. I  have always ended making all the adjustments, deluding myself that I was being nice. But actually I was too afraid of saying ‘No‘ or upset people.

I lacked the confidence to stand up for my needs or feelings. And it did not help my back, having to bow down to the wants and desires of others or having to take on tasks which were not mine. It filled me with resentment and self-loathing. More negative emotions added to my original trauma. This further twisted my back.

Becoming Aware Of My Codependency

I didn’t realize till very recently the underlying reason for my ongoing anxiety. However, now that I live in a safe and supportive environment I have become more tuned to my internal body states. Having to say ‘No‘ to someone or asserting my rights triggers my brain to a state of conflict. Furthermore, stress hormones flood my body and cause inflammation and pain.

I know it is my right to have boundaries but have been programmed to be the people pleaser. Putting myself and my needs before another person’s comfort is alien territory.

Tuning Into My Mind-Body Signals

Negative emotions have a negative effect on our body, positive emotions have aa a positive effect on our body. Colloquially speaking, when someone is a pain in the neck, the discomfort literally manifests neck pain. Or when we say ‘the final straw that broke the camel’s back’, it literally means that finally, the burdens were just too much that even adding just a straw was enough to make someone break down.

That’s what happened to me, I took in trauma after trauma till finally, I just couldn’t anymore. My back just caved in under the pressure and demands.

However, as I heal, more and more I am able to focus on my internal body signals – my felt sense.  By listening to this internal compass I am slowly becoming aware of the enormous burden of responsibility I have been carrying. And how my back was affected due to the emotional weight.

How we feel is what we become. Our body and mind are closely interlinked. Changing our childhood program of shame, guilt and feeling unworthy is vital to our healing.  And it all begins with our mind.

Mentally we need to become strong – we have to develop a backbone. To learn to stand up for ourselves.

It takes practice and effort to rewrite our earlier mindsets, that we have to be nice, please or take other people’s shit. It is a slow and difficult process. And does not happen overnight.

First mentally, think about what you want in your relationships. Write down what you would like to say to someone who regularly disrespects you.  Act in front of the mirror being assertive.

Start with people less powerful  – I started with my son. I’d insist he keep his promise of cleaning his study area when otherwise I’d just let it slide. Gradually, I moved to the outside world, not take sub-standard veggies. Believe me, it does become easier after some time. Our brain is plastic – you can overwrite your childhood programs.

Furthermore, once people know that you are not going to bend to their whims, they will move on or fall in line.

Also, listen to guided meditations/ self- hypnosis /visualizations to build boundaries and self-confidence. I have found them effective in erasing the negative parental voices that play in our head

One important aspect is to avoid getting enmeshed. The moment you feel a situation or person has become intimidating or negatively affecting you, move away. At least when one is healing – staying away is the best option.

As our emotional backbone becomes stronger and less we are cowed down by other people, our body responds likewise.

Having a strong backbone means having a strong sense of self, an ability to be less reactive, less shaken by conflicts, to be able to express our wants/need clearly, to stand firm with boundaries, to say no in a healthy way without guilt.

Scoliosis is a manifestation of a mind that feels it burdened beyond what it can bear. Taking off the burden of unnecessary responsibility has a miraculous effect on the spine. Your backbone straightens and scoliosis is cured.  I am slowly getting to being scoliosis-free by growing a strong backbone.

Developing Your Backbone: The Science of saying NO – Dr. Anne Brown

Children of Trauma: Rediscovering Your Discarded Self  – Jane Middelton-Moz

The Safest Place Possible: A Guide to Healing and Transformation –  Debbie Mirza

Letting Go of Good: Dispel the Myth of Goodness to Find Your Genuine Self – Andrea Mathews