I wasn’t expecting Elton John’s biopic ‘Rocketman’ to be so therapeutic. Though over the years, Elton John’s songs have been metaphorical reminders of my life. They have grounded me and kept me sane in the dysfunctional landscape I grew up in. His songs felt personal – they articulated that what I couldn’t voice.  Those days of struggle, confusion, and aloneness were soothed by listening to his songs, and they LITERALLY ‘saved’ me.

Whenever I was feeling low I would listen to his Oscar-winning hit ” Can you feel the love tonight over and over again. At the very first note of his rich, soothing, calm voice I’d feel my amygdala going into relax mode.  I’d feel being enveloped in a warm, cocoon of love. 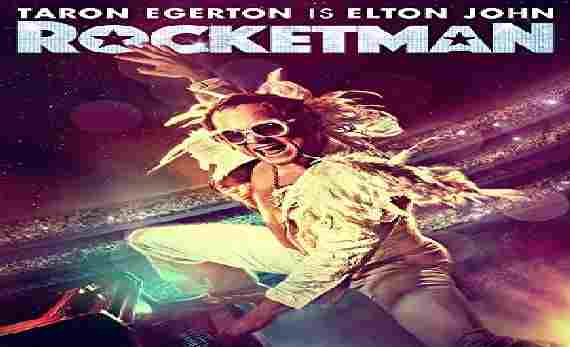 Rocketman is no hagiography. It’s an honest look at Elton’s early life with his family, his struggles with his sexuality, later drug & alcohol addictions, and his ultimate rehab and recovery

Memories of an Unloved Childhood

Rocketman director Dexter Fletcher has described the movie as a fantasy musical, a memory, in the sense that not everything in the movie may have actually happened, or in that order. Rather, it is an honest portrayal of  Elton’s remembrance of events and the feelings he felt while coping with the myriad struggles he experienced – starting with his dysfunctional childhood.

Watching Rocketman, was intense movie therapy for me. Movies have played a huge role in my healing journey. It has helped releasee some long-forgotten painful memories Thus resolving them and integrating them into my psyche.

The movie artfully uses Elton’s songs to express important beats in his life that best evoke the sentiment of each scene, deepening the feelings for the viewer.

I was surprised to see the similarity of our struggles. Dealing with uncaring cold, rejecting parents and his desperate longing to be truly loved.

The film opens with Elton John (Taron Egerton) dressed in a huge red-feathered stage-costume, walking into a rehab clinic where a group therapy session is in progress.

Elton is new and begins his story when asked: “How was your home life as a child?” We follow Elton, born Reginald Dwight, at about 8-years old living in a London suburb. His father, Stanley (Steven Mackintosh)  was strict and remote and had a terrible temper while his mother, Sheila (Bryce Dallas Howard)  was argumentative and prone to dark moods.

The underlying reason for this sad state of affairs was marital strife – his parents hated each other. Elton’s memory of his parents was honestly summed in an essay he wrote

“When they were together, all I can remember are icy silences or screaming rows. The rows were usually about me, how I was being brought up.”

Wanting A Particular Kind of Love

Luckily, he does have his Nan, his grandmother, Ivy (Gemma Jones) who does provide him with some emotional support. She also encourages his innate musical talent.  Watching his Nan encourage him and take him for his audition to the  Royal Academy of Music triggered memories of own maternal grandmother. My mirror neurons triggered the repressed memory of my cold and rejecting grandmother. The deep sadness I felt remembering and thinking  ‘what would I have been if my grandma had been even half as good as his Nan.’

However, what Elton longs for is a physical expression of affection. He literally begs his father to hug him, which is dismissed.  Unfortunately for him his Nan too is unable to show physical affection to the emotionally starving young Elton.  This leaves Elton with a feeling of emptiness and deep psychic aloneness.

American psychologist, Harry Harlow best known for his Monkey Studies has been amply proved that children need physical affection to feel loved. We need to be held, cuddled, carried and comforted to feel good about ourselves. Physical touch is vital for our mental and physical well-being.

To fill this void, the feeling of not good enough he turns to other sources of comfort – namely alcohol and drugs.

Not many are aware (I too wasn’t) that the genius behind Elton’s success was the man who wrote his awesome lyrics, Bernie Taupin (Jamie Bell). What is really rare in today’s show-biz is their successful partnership has endured for more than 50 years.

While trying to break into the music industry he serendipitously connects with Bernie  I think it is this steady but overlooked support is the real reason for Elton’s success.  However, despite Bernie’s support Elton is unable to stop himself from self- destruction. He is a victim of love  – desperate for the love and acceptance of mom and dad. Despite the success, he is still that rejected little boy.

Two poignant scenes aptly depict his parents’ indifference and insensitivity towards him. When he calls his mother to inform her that he is gay and she callously tells him that he will end up living a lonely and loveless life as a gay man.

The other is with his father when a now-famous Elton visits him with his new family. Despite giving him a Chopard watch his father is dismissive of him. As he is leaving he watches his father hugging his half brother and he is deeply hurt. John expressed his deep sadness and longing

“It wasn’t that he didn’t know how to relate to kids. He left us, remarried and had another family, and by all accounts was a great dad to them. It wasn’t children, it was me.”

Why can’t I be loved like that? Particularly when you know the person is perfectly capable of loving someone else deeply.

Seeing that scene brought to surface my own suppressed hurt. That little girl longing to be loved, doing everything possible to please but it was not enough.

It takes wisdom and healing to realize that some people are just not capable of loving you the way you want to be loved. But that need does not go away. Like thirsty travelers lost in the desert, we go lurching in madness from one relationship to another literally begging to be loved. Hoping that someone will save our lives – rescue us from that black hole of depression and truly and deeply love us.

Addiction – Healing The Pain In His Heart

Enough evidence has proven that nearly all addictions have their origins in childhood trauma. Renowned addiction expert, speaker author, Dr. Gabor Maté, in his book In the Realm of Hungry Ghosts: Close Encounters with Addiction speaks about the social roots of our addictions. He explains how the problem is caused neither by genes nor “choices”, but in the lives and experiences of these individuals. “No matter what they do they cannot ever fill that emptiness inside, and that relates to me as the realm of addiction.”

As the movie progresses you see Elton struggling to cope not just with his past parental alienation but also the callous disdain of his one-time lover and manager John Reid (Richard Madden). In one of the scenes, John coldly tells him to get his act together, because no matter what, he as his manager would still collect 20% of Elton’s royalties long after Elton has died. My heart breaks for poor Elton.

In order to keep going, he self soothes with shopping, weed, alcohol, cocaine, sex, pills, food, absolutely anything that will bring him comfort, as he feels starved of love/affection/self-worth.

I wept for him and myself.  It bloody hurts to be rejected. There were so many times I wanted to shout out ‘ Don’t let the sun go down on me.’

The Lion King -Can you feel the love tonight, Elton John

In one of his interviews, Elton confesses,

It took me 43 years to get sober and it took me 3 or 4 years after that to work on myself but it has been worth the work and worth the wait I don’t regret anything in my life because it has got me to where I am now.

Rocketman is a movie of love and redemption, finally being at peace with your past and who you are. Though a major chunk of the movie with Elton’s struggle coping with his insecurities due to the lack of attuned parenting. In the end, it is cathartic – that healing is possible.

At the close of the movie, Elton is seen hugging his child self. He has healed the wounds of his inner child and has integrated him into his adult persona. Post movie, we read that Elton is free of addiction and is happily married to his partner, David Furnish, with 2 kids.

It feels uplifting and inspiring to see someone overcome his/her painful past.

I Am Still Standing

In my healing journey movies have been critical in understanding and releasing my childhood trauma. Rocketman has really helped me release the shame of wanting to be loved and hating myself for being so needy.  I was unabashedly able to process and accept that wanting love is a primal need. I am only human.

Yeah, you can get better, no need to remain a victim of love.

Do watch the movie it is not just great entertainment but an inspiring story of how a shy, small-town boy becomes one of the most iconic rock & roll figure. All those struggling to heal need to see this true and uplifting biopic of Elton John. – healing is possible.

Love at Goon Park: Harry Harlow and the Science of Affection – Deborah Blum

Attached: The New Science of Adult Attachment and How It Can Help You Find – and Keep – Love – Amir Levine, Rachel Heller