Not feeling safe, feeling threatened, feeling lost, feeling alone is all the due to lack of connection to another human being, mainly parents. Today, anxiety levels in kids are rising. What is the reason? 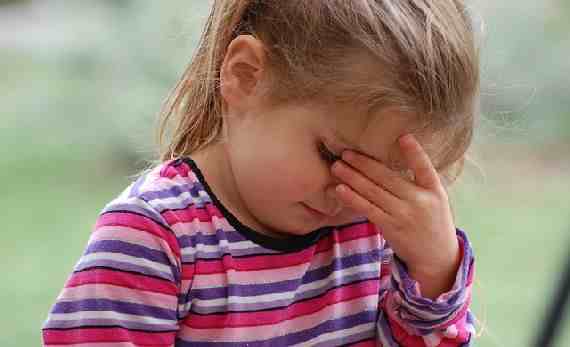 Most of us parents are so busy, with our jobs and other social commitments that we don’t have the time and patience to attend to the actual needs of our kids. Even though we are able to communicate with one another instantly, sadly we are unable to connect to each other. This lack of connection is giving rise to an unprecedented rise in anxiety and depression in children.

How does this connection begin? It begins soon after a birth when the only need of a human baby is food and safety. Close physical proximity is the only way a child feels safe is by continuing the feeling of being in the security of being in the womb. Warm and feeling safe. Child psychologist Jean Liedloff in her book The Continuum Concept stresses the need of a child to be held close by his/her mother or any other caring human being.

It is totally misguided belief that carrying a baby continuously will make it want to be constantly carried. My own experience has proved this to be totally false. When my son was born he was continuously carried, held and kept close to us, his parents, by the time he could crawl, he was up and around roaming and exploring around the house only wanting to be picked up when he was hungry, dirty or had hurt himself.

Noted developmental psychologist Mary Ainsworth, reiterates that secure attachment is not only necessary to become mentally healthy, it also helps a child develop intellectually. “Warm, sensitive care, Ainsworth insisted, does not create dependency; it liberates, and enables autonomy. “It’s a good thing to give a baby and a young child physical contact,” she says, “especially when they want it and seeks it. It doesn’t spoil them or make them clingy. Nor does it make them addicted to being held.”

When a child feels safe he/she is confident to direct its attention to the outside world.  She knows her mother is there to protect her. Ah, the feeling of knowing that you have a safe place or person to go to when the world becomes confusing, terrifying or simply too much to digest is all a child needs to stay sane.

According to Winnicott, a 20th-century pediatrician and psychoanalyst who studied child development “a holding environment” was critical to the development of a child. Holding environment means not just the physical holding but also the total environment of living in. That is where most parents stumble, most think that hovering like helicopters over their children without regard to their innate feelings – whether they want to do something or not.

At other times parents are so lost in their own lives that they push away their kids with the excuse of work. They don’t feel the need to explain the decisions they have made. They leave the child clueless as to what is happening in the guise of protecting them from the world. And which of us parents have not reacted harshly and erratically, removing our frustration on our small kids.

All these experiences are enough to make a child stop trusting that mom or dad is safe to deal with. Oh, how I regret having done these things but fortunately kids are forgiving if we give the reason for our craziness that they were not responsible for mom’s moods and anger. An apology goes a long way in ameliorating a child’s confusion.

However, this should not become a habit. There is nothing more disorienting to a child than the erratic and irrational behavior of a parent. The blow hot, blow cold kind which makes them feel they are walking on egg-shells. The uncertainty of a parent’s moods and reactions is like having a ticking time bomb that could go off anytime.

It was the sort of thing my dad did except my dad put on his best face in the public for appearances’ sake (we did too, even if we were fearful). In the car, in a private room, or at home, he would do things like this. It breaks the child’s spirit. This is psychological abuse. It takes a few years for children to be thoroughly broken because young children expect their parents to be parents, and keep trying again as this kid did, but soon they will soon learn to walk on eggshells for fear of accidentally “setting” dad (or mom) off again.

After my mother died, my home was no longer a safe place. Oh, there was the house but inside it was my father – a ticking time bomb, anything could trigger him off.

It has taken me most of my life trying to get over the feeling of being in danger, the constant hyper vigilance which was part of my psyche is slowly fading away. I no longer look at people and try to decipher what they are thinking and feeling so that I can react in a way that would not offend them. I no longer feel like a puppet having my strings pulled by someone else.

Parents Should Be The Safe Haven

The need for a safe haven and proximity maintenance are never completely outgrown in our lives  This is the core of our emotional homeostasis. When parents and children share a deep limbic resonance, of physical contact and emotional attunement, a child will never have to experience anxiety and depression.

Deep down they know that somewhere there is a safe haven. The only way to provide this legacy for our kids is to ensure that we make our homes a place where our children feel safe and certain – of their little worlds. That can be achieved only if we as parents are emotionally stable. Yes, the greatest gifts a parent can give her/his child is safety and consistency.