Mental Illness has risen in the last decades. What could be the reason? What major change occurred during the past years. Erica Komisar’s book Being There: Why Prioritizing Motherhood in the First Three Years Matters, details the compelling evidence that mothers matter very much. 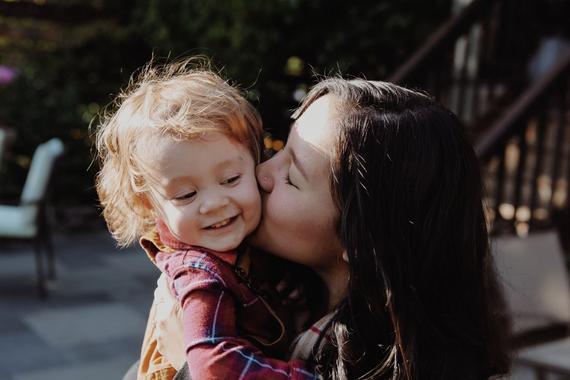 A child’s brain develops best when the child is constantly interacting with his mother. If in the critical periods of development, the first 2 years, a child is not given the proper inputs of love and care from his mother his brain circuits do not develop.

The development of cerebral circuits depends on constant and loving interaction with the primary caregiver. In fact, 80 percent of brain cells grow in the first two years of life, Moreover, once the window of development passes the child’s brain will forever be compromised or damaged. 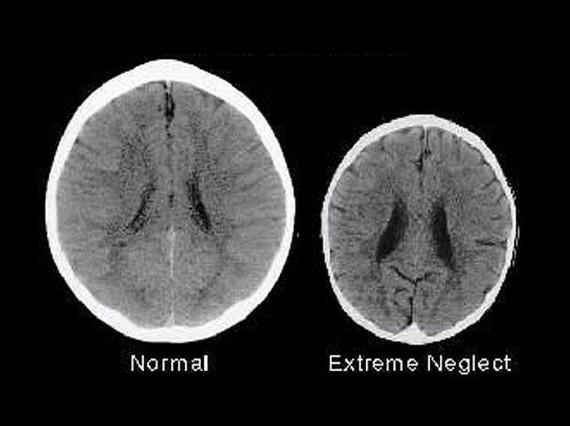 Professor Allan Schore author of Affect Regulation and the Origin of the Self  has been a pioneer in the study of child development. His research on the relationship between secure attachment and its effect on brain development has shown that feeling bonded with one’s mother is the cornerstone of mental-wellbeing.

The human baby is born helpless totally dependent on its caregivers not just for their physical but also emotional needs. A child’s brain develops best only when there is constant positive interaction with its primary caregiver. Who better fits the role than its own mother who can also meet the physical hunger of a child

Motherhood has become supplementary rather than an essential part of a woman’s life. As soon as a mother gives birth she is pressurized into returning back to her earlier existence. Her job, career, socializing or getting into shape.

The baby is farmed out to babysitters or put in his playpen having to cope with being alone and abandoned. Tragically the effect of being neglected has disastrous effects on a child’s social and intellectual development.

More and more kids these days are depressed, arising not surprisingly due to a lack of interconnection. When one does not feel supported and connected one experiences life as meaningless. The sense of being connected to the larger picture is what makes life meaningful.

Psychologist Komisar, in the course of her therapeutic encounters with clients uncovered the irrefutable link between rising rates of childhood mental health issues and absent mothers, “What I was seeing was an increase in children being diagnosed with ADHD and an increase in aggression in children, particularly in little boys, and an increase in depression in little girls.” She realized that “the absence of mothers in children’s lives on a daily basis was what I saw to be one of the triggers for these mental disorders.”

Furthermore, why will any daycare, nanny or paid caregiver bother about any child when it is just a job to them. There are not going to be any emotional or long-term rewards.

Even the best of us mothers find child caring to be tedious at times. So how can we expect a paid worker to actually give loving care to our little ones?

Caring for one child is a tiring job. Most babysitters have to contend with a minimum of 5 to 6 kids so can they be expected to rock the cradle with care.

There is no escaping from the fact that caring for a child is a full-time job. When deciding to have a child, the child has to be given priority over the career choices. Your child’s brain development depends on you being there during the critical 2 year period.

As psychologist Erica Komissar writes in her book “The truth is, we can do everything in life, but not at the same time.” Believe me, when I look at my 18-year-old son, I am glad I made him my priority.

Thank you so much for your post. It truly encourages me ALL OVER AGAIN. I’m a mother of 10 and we ( my husband and I) made the decision to leave my career and come home 20 years ago and I homeschooled for 15 of those years.

I doubted my decision countless times, while wondering and worrying about what I might’ve been missing out on by not working outside of the home. The truth is, I haven’t missed out on anything and I’m so glad I made the decision to stay home a long time ago.

And yes, parenting is a full time job and more. As a mother, we wear many hats. In my opinion, it’s one of the most emotionally and physically demanding jobs on the planet that I wouldn’t trade for anything in the world.

So, finally, at age fifty and twenty years later, I believe that it is one of the best and most important decisions I ever made.

Best Wishes to you and your family.

Thanks, Delynn, so glad my post answered some of your doubts. Now that my child is an adult I am really glad too that I gave him priority over other things. When it comes to our kids there is no reset button and memories last a lifetime. Our relationship has been a breeze, no teenage meltdowns or other issues. You really reap what you sow when it comes to your kids.