Adolescent idiopathic scoliosis (AIS) affects both boys and girls older than age 10. However, AIS is more than 10 times more common in girls than in boys, with an overall ratio of 11:1. And sadly doctors still claim to be clueless, regarding the origins of scoliosis or this disparate reality. 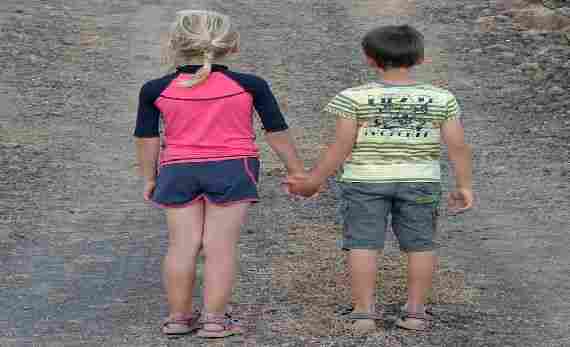 Despite enough evidence pointing to ACEs causing a host of chronic illnesses, scoliosis, in most cases is still deemed as idiopathic. Doctors still claim to not know what causes scoliosis nor do why more girls than boys develop this condition.

In my search for a cure for scoliosis, I have was surprised to note that more girls than boys get this condition. Even among the list of celebrities, women are the majority.

What could be the reason? Do more women carry this ‘disease-causing gene’ that makes them more susceptible to scoliosis?

However, according to me, since idiopathic scoliosis is caused due to ACEs, it is apparent that there are some biological and environmental factors that predispose more girls getting this condition than boys:

Neuroscience studies have shown that the male and female brain is wired differently. This accounts for behavioral differences in males and females. Men are from Mars and women are from Venus when it comes to processing emotions.

Even though, men have bigger brains, the limbic system which is responsible for emotion and memory is deeper and more pronounced in women.  The limbic system not only regulates the autonomic/ endocrine response to emotional stimuli, but it also reinforces our behavior.

Conversely, the amygdala, the brain’s threat detector is marginally bigger in men than in women. So, instead of flight-fight, women go into a freeze-fawn state when coping with threats. Which means women are more prone to suppress negative or threatening emotions.

Adolescence is a critical transition period from childhood to adulthood, any adverse experiences impair a child’s growth causing arrested development.

Since structurally, a female brain is more predisposed to stress, her chances of developing scoliosis increase.

2) Hormonal Differences in Males and Females

Testosterone is a male sex hormone that plays an important role in the body.  The hormone also plays a crucial role in your state of mind, including how well your brain works. Higher levels of testosterone are associated with lowered sensitivity to emotional triggers. The uber cool-guy is not a cultural myth.

Unfortunately, being female means much less testosterone and higher estrogen levels, which translates into higher emotional sensitivity and depression.

Moreover, according to studies, the stress hormone called corticotropin-releasing factor (CRF) which helps control the body’s reaction to stress bind more tightly to brain cell proteins of stressed-out female rats, making them more sensitive to its effects. Male rats were able to reduce levels of the protein, stopping the hormone from binding and reducing its effects on the brain.

This explains why women are twice as vulnerable as men to stress-related disorders. Added to that, environmental factors further contribute towards more girls developing this condition.

Girls go through more significant bodily changes, the puberty experience is present for everyone to see. Developing breasts are the cause of grief for many young girls. Having to deal with unwanted sexual attention and sexual predators in one’s own family can abort the natural development of a girl. The only defense is contorting and hiding one’s body.

For me, my sexual development was marred by a lecherous uncle. What further aggravated my distress was his wife accusing me of trying to seduce him. Which was totally false and evil but I was unable to defend myself. The feeling that I am bad, I am responsible made me hide my breasts and growing body.

Twisting my body and trying to force it to remain small was the only way to protect myself, an innocent 12-year old coping with the grief of a mother’s loss, an abusive father, an incestuous cousin, an aggressive brother and a generally hostile environment.

“We live in a culture where women’s bodies are often treated as objects to be glared at, it is no wonder why so many young girls are hesitant to go through this rite of passage. As nature pushes a girl up and out, her traumatized mind holds her back and down. Her spine has to go somewhere so it curves due to natures’ forces pushing against it.

4) Girls Are Expected To Behave/ Be Nice, Suppress Feelings

From birth, girls are conditioned to be nice and good. We are supposed to to be obedient and polite, behave like ladies and not raise our voices, no matter what.

My mother was my role-model with regards to emotional repression. I never heard her say anything bad about anyone or rage about things that made her angry.  No wonder she got cancer and died so young. There is a cancer-personality type, just as there is a scoliosis personality type.

As children, when we experience adults using their power over us in a harmful way we don’t have many options. We cannot fight someone much bigger than us. Nor can we escape, we are dependent on our family emotionally, physically and financially.

The primitive brain makes a rapid calculation of the odds and defaults to ‘freeze.’ If this happens often enough, freezing becomes our hard-wired response. Frozen or aborted responses to trauma lead to suppression of traumatic memories. Emotions of shame, helplessness, rage, which we were unable to express or act upon, get locked in our right brain. The Apparently Normal Part (ANP), the logical left hemisphere attends to daily functioning while the  Emotional Part (EP), the emotional right hemisphere gets frozen in trauma.

We carry on and pretend all is fine, blocking out painful memories and pretending all is well. We stop being our true selves, it’s the only way to survive.

Just as cancer seems to be a ‘nice person’ dis-ease, scoliosis is the ‘non-person dis-ease.’

Culturally, girls are required to take on the role of the caretaker, cook, babysitter and garbage collector. They are expected to be responsible for the well-being of the family. They end up shouldering burdens they may be too young to handle and end up being parentified.

While boys are free to be boys.

My dysfunctional family expected me, an 11-year-old to overnight become a responsible woman after my mother died. I was expected to take on the role of housekeeper and cook, while my brother was exempt.

People with scoliosis had to mature sooner than a normal child. They have to bear responsibilities that don’t belong to their age. The load is too much for them to bear. Their need for love and care is thwarted with unfair demands and responsibilities.

I was forced to grow up far too soon and bear responsibilities which I was not emotionally mature enough to deal with.  Not only was my ‘childhood was stolen‘ my contribution was neither acknowledged and validated. There are few feelings worse than having your whole family act like you just don’t count for anything and that you are one big nuisance.

I had to repress these painful emotions.  However, feelings buried alive never die, they show up in some form. Scoliosis is one manifestation of blocked emotions.

6) Girls Tend To Be Less Active

Girls are less physically active than boys, particularly during adolescence, girls tend to become more home-bound or want to just hang out with friends. Culturally too, girls are expected to act with restraint and avoid activities that are considered unladylike.

Nevertheless, it is well-documented that physical activity acts as a stress buster. When stressed a good physical workout is all that’s needed to feel better. Shaking and releasing trauma from our bodies prevents it from building up to toxic levels.

Moreover, less physical activity for girls also means weaker muscles and bones which could increase the possibility of musculoskeletal disorders like scoliosis.

There is enough evidence to show that our biography becomes our biology. The emotional trauma we suffer as children not only shapes our emotional lives as adults, but it also affects our physical health and overall well-being.

Sadly, both nature and nurture are less benevolent to the female species.  Biologically, women are wired for more emotional-sensitivity, while culturally she has to bear most of the emotional burdens.

No wonder more girls than boys end up having scoliosis.

Breaking The Habit of Being Yourself: How to Lose Your Mind and Create a New One by Joe Dispenza