Feelings of shame can be excruciatingly painful. The voices and sometimes unvoiced reactions of disgust or hate become encoded in our unconscious. Usually, the toxic emotion of shame is the legacy given to us by our parents. Mostly in their endeavor to raise their kids to be upright citizens.

By adulthood, we are filled with so much toxic shame that it mars every moment of our life. We no longer feel good about ourselves and in general, develop a sense of uneasiness about ourselves and our world. That not being ‘good enough’ colors our daily existence. The thing about shame is that it comes from thinking a belief that is untrue. Either by a standard set by society or your family. 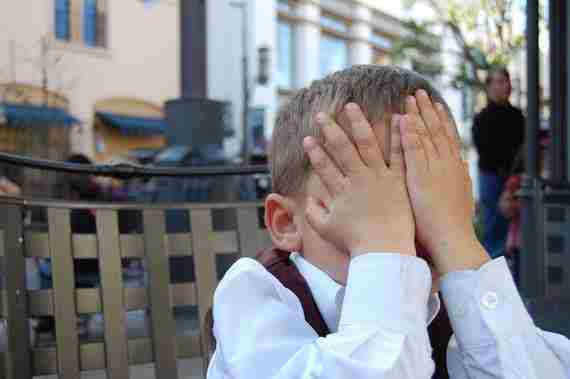 Brené Brown, a research professor at the University of Houston calls shame an unspoken epidemic. It is the reason behind many forms of broken behavior. And she perfectly differentiates between the two confused emotions ‘shame’ and guilt. She states that Shame is “I am bad.” Guilt is “I did something bad.”

Shame is highly correlated with addiction, depression, violence, aggression, bullying, suicide, eating disorders. And here’s what you even need to know more. Guilt, inversely correlated with those things. The ability to hold something we’ve done or failed to do up against who we want to be is incredibly adaptive. It’s uncomfortable, but it’s adaptive.

Parents need to understand the difference between the two and try and steer their reactions to their kid’s errant behaviors by being aware of their words when correcting them. Instead of saying  ‘You are a bad boy’ when a child has done something wrong, say ‘What you have done is not right’.  A child immediately understands his action is wrong and will try and correct. But if you labeled him as bad, you have given your verdict – it’s final.

Shame affects us not just psychologically, it also negatively impacts our bodies

Shame creates a stress response and stress causes our bodies to release cortisol. Being ashamed of who you are because you are ‘not good’ affects the natural homeostasis of the body. Physiologically your body will respond to the emotion of shame which in turn causes our bodies to release stress hormones leading to symptoms such as nausea, chest tightness, lethargy, shrinking yourself smaller, flushing skin and avoidance of eye contact.  It could bring about a lifelong stomach and respiratory health problems.

Parents are the mirrors to their child’s developing self. If that mirroring is negative and shaming, it affects a child’s self-esteem. ‘I am not good enough’ is the message a child grows up with. He will be constantly wracked with self-doubt and anxiety. It simply corrodes away who they are and what they positively believe about themselves.  A child begins having negative feelings about not just about himself but also his body – feeling awkward, ugly, dirty. This could lead to Body Dysmorphic Disorder (BDD),   anorexia and other eating disorders.

When we shame a child we give them the message that they inferior – something is lacking within them. The feeling of not being good enough could also lead to unreasonable envy or jealousy. This could be exacerbated when we shame and compare them to other siblings or friends.  This is a common tactic many misguided parents indulge in, thinking that by shaming a child  ‘Why can’t you be like Jack’ they are of inspiring them.

Hearing these negative messages only creates a sense of hatred and feeling of jealousy towards the world.  Others are perceived as having something more than them. This could lead to interpersonal issues and conflicts. The gnawing need to fight constantly to cover up for one’s perceived inadequacies and trying to grasp our share of praise.  A child will grow up trying to compensate for these shame-based feelings either by becoming workaholic or a conman. Overcoming a sense of worthlessness is compensated developing dysfunctional coping strategies, conscious and unconscious, numbing and destructive.

4) No Confidence To Deal With Life

Being made to feel that one is not good enough makes one literally want to crawl and hide. People who have experienced shame as kids often look and feel small, shrinking. Their heads are bowed,  eyes downcast, they won’t make eye contact, look away,  cower and try to hide. The expression “hang your head in shame” captures some of the physicality of it.  It affects how we interact with others and our behavior affects how others interact with us.

The recent phenomenon Dr. Jordan Peterson says that a sexual predator will pick a child who lacks confidence because they know they can get away with it. Usually, bullies in schools will pick up kids who will not fight back. When we feel ashamed, we feel that we are the reason for the problem. Our shame stops us from dealing with challenges or monsters in the world since we have internalized the message ‘bad’, not good’ into our personalities.  Psychologist Albert Bandura coined the term self-efficacy which defines the feeling of confidence an individual has about their capacity to influence events and achieve goals.

When a child grows up constantly belittled he experiences toxic shame and comes to believe that they are inherently flawed, they need to soothe this distressing feeling constantly. They need to cover this insecure feeling of being exposed. they become addicted to drugs, unhealthy eating or unmeaningful relationships.  They end up being people pleasers or codependents.  Always needing to feel validated by someone else. The agony of social rejection, scorn, disapproval, criticism, and dislike makes one afraid to expose one’s true self.  Shame prevents them from realizing their actual potential because they are fearful of being shamed in case they fail.

When parents instill shame in their kids they teach them that they are unworthy and undeserving. The child grows up feeling morose and gloomy about our world. The need to constantly be on their toes, striving to achieve unreasonable standards of perfection. They lose their innate sense of spontaneous joy.

Shame leaves them feeling unsure about other peoples responses. That cynical parent is constantly judging their every action killing vitality and self-expression. The world of the shamed child is lonely, filled with dread and joyless. They become numbed robots living in a dystopian world.

Listening To Shame by Brené Brown

Parents need to become aware of their own past history and get rid of their own negative shame conditioning. Respecting and cherishing a child’s God-given talents and skills. Correcting when needed but understanding the impact of their words and behavior on their vulnerable kids.  Learning to change children’s negative actions with kind words and love. We need to douse shame with empathy.

Good Children – at What Price? The Secret Cost of Shame

Shame and Its Agonizing Effects

The Serious Physical Side Effects of Shame